From a holistic perspective, good health is a way of life. The homeostatic integrity of the body is intimately related to what we eat, drink, breathe and perceive as well as to how we sleep, work and interact with our environment.

It is difficult to attain and keep an adequate level of health in a society that ignores or condones unhealthy environmental and social conditions. Health is not only an individual concern but an educational, social, political and moral concern.

An Interview with Arne Langaskens

Through a better understanding of the body, superior tonic herbs and traditional Chinese healing therapies, Chin Tao, a holistic approach, improves the life of the people across the globe.

Prevention is the key to maintaining good health and longevity.

Our products and therapies are created to find, control and treat the roots of the issue and by providing our consumer the knowledge and understanding`.

Peoples’ lives are enriched physically and mentally. Before Chin Tao,  preventative cures and therapy were just a passing notion.
We make it practical technology.

Mr. Arne Langaskens is a leading expert in Chinese herbal medicine and Life Sciences and is the visionary leader behind the creation of ChinTao Life Science, ChinTao Garden, Chial ltd., Atomic 8 & Chial 8.

At 53 years of age, he has extensive and multi-dimensional experience that has contributed to his success as one of the premier providers of ChinTao Live Science & Chial therapies to people around the world.

Arne Langaskens, CEO & creator of Chial 8 has been a powerful translator of Eastern philosophy and health care techniques to hundreds of Westerners. Arne’s reputation in health care is based on his experience as a practicing herbalist and on his passion for obtaining and producing the highest quality herbs and herbal products to promote
Radiant Health. 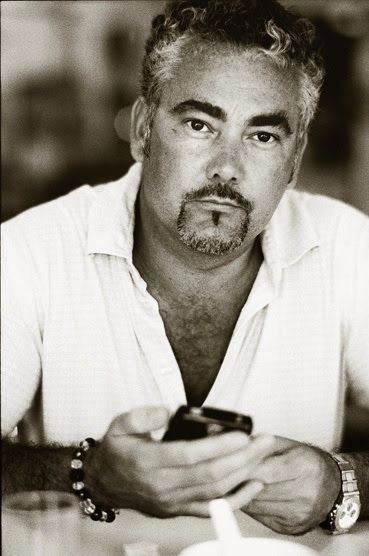 The Art of Healing

It is important to keep in mind the basic principles of heat/cold, excess/deficiency, wind, damp, and so on, and to recognize their dynamic natures. In this way, one can discover which of the remedies are truly appropriate. Most individuals who have a certain disease described by medical science will experience it uniquely and therefore need treatments suited to their specific conditions.

For example, two people with tumors in the same area of the body may have entirely different constitutions and natures. Even though both have tumors and therefore a probable damp condition, one person may be deficient with cold signs while the other has excess and heat signs.

In order to adjust to changing needs, it is essential to be a creative healing artist, observing and listening on all levels, exercising care and patience, while at the same time clearly grasping the nature of the condition. The simple yet profound patterns that we have thus far developed are indispensable here. We often see the best intentions fail when people either refuse to look at underlying principles or are ignorant of them.

Intuition plays a vital role in the art of healing, but during a healing crisis, there is very often fear, lack of focus, and various emotional attachments of the practitioner to the ill person, all of which cloud intuition. Diagnostic patterns that we use are invaluable aids that magnify and clarify the borders between intuition and reason, art and science,

For more information, please send us a message via the booking form.

We look forward to hear for you and we will respond to you as soon as possible.